In today’s connected world, we spend an increasing amount of time using and interacting with some type of electronic display. Thus, the display industry continues to innovate, finding new ways to allow us to access the content we need anytime, anywhere, in an increasingly transparent manner. Wearable devices, in particular, are making displays ever more useful and flexible (both literally and figuratively).

Wearable devices have burst onto the scene within the last several years and quickly taken hold, thanks to speedy product development and quick, cost-effective transfer by manufacturers from the lab to the fab. Market research firm IDTechEx predicts the global market for wearable devices will reach $72 billion by 2025. Examples of current wearable devices include watches, glasses, contact lenses, e-textiles and smart fabrics, headwear, jewelry, and hearing aid-like devices that are designed to look like earrings. The technology offers futuristic promise in virtual and augmented reality systems.

To bring these new products to market requires some key elements that play an important role in enabling emerging applications in the area of electronic wearables. These devices are the next big wave in personal computing, but adoption is still slower than manufacturers would like. People want devices that work as advertised; although that’s not always what they’re getting, today’s wearables have come a long way from their early beginnings.

Wearable technology isn’t a new concept. The first wearables were introduced in the 1960s and ’70s; the earliest application familiar to most of us is the calculator watch that emerged in the 1980s, became popular as holiday and birthday gifts.

As the technology has continued to evolve, growing more sophisticated and adaptable, new applications have emerged that are aimed at making our lives better. They monitor our health, they motivate us to exercise, they help train the athlete, they entertain, they make it convenient to make phone calls and answer text messages, they provide us with information only when we want it – they are on our person all the time.

However, current devices, for the most part, are clunky, aesthetically displeasing, unreliable, lacking durability, limited in features and quite costly. On top of this, they’re awaiting the killer app that will move them from “cool” or “nice to have” to a true must-have technology. 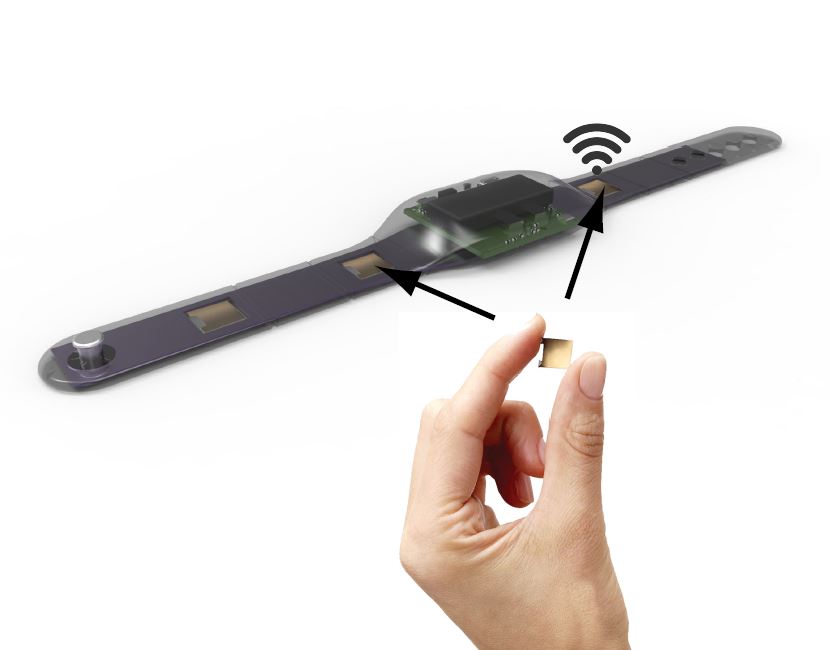 Figure 1. This wearable device features haptic actuators that are buried in the band. (Photo courtesy Novasentis.)

Unfortunately, most of the current wearable devices use technology that was created for other, bulkier products like mobile phones and tablets. The chips used in these apps still tend to be lacking in the degree of processing power they deliver, and they are too big to wear comfortably. They also have latency issues – they don’t deliver readings/results in real time, and the touch interactivity is poor.

In addition, haptic feedback needs improving. Haptic technology is tactile-feedback technology that recreates the sense of touch by applying force, vibration or motion to the user. This feature enhances the touch interface on a display and creates a more immersive experience. The haptic feedback on most wearable devices is poor, generating an irritating “buzz” for every type of feedback the device aims to provide (regardless of whether the information is vital or unimportant). As it continues to evolve, haptic technology must be virtually invisible and merge seamlessly with the wearable device. The vibro-tactile feedback should be pleasing, and enable a variety of feedback, to convey the difference in urgency and importance of information being conveyed. An example of new, improved haptic technology is shown in Figure 1.

Battery performance has been another key roadblock in terms of wearable adoption. In a Fortune/SurveyMonkey poll of 1,000 adults conducted after this year’s Consumer Electronics Show, 33 percent cited “improved battery life” as the area in which they were most excited to see improvement in smartphones, which are notorious for their battery-draining propensity, and most cited skepticism about adopting new battery-driven smartwatches and other wearables. Chat boards are rife with complaints from health-band users whose rechargeable devices keep failing on them.

Touchscreens on wearable devices are another area that requires improvement. They aren’t consistently responsive, they don’t work well when you use gloves (hello, Minnesota), when your hands are sweating (hello, Miami), or when there is sand on the surface of the touch screen (hello, Myrtle Beach). There are, however, ongoing advancements taking place in the area of touch technology, as indicated by the popularity of the Touch Market Focus Conference held during Display Week 2015.

In addition, the displays currently being used are rigid, rectangular, difficult to read in outdoor settings, and tend to be both heavy and fragile. Brittle glass and brittle indium tin oxide (ITO) substrates dominate the display and touch materials used, and neither is optimal for devices that need to conform to the wearer’s wrist or shoulder.

Figure 2. Touch technology that can work with gloves, sweaty fingers and even dirt and sand. (Photo courtesy of UICO.)

For wearable devices in the consumer market to take off, designers need to create human-centric rather than techno-centric designs. Our wrists are not rigid, they are not rectangular, they are not a perfectly flat, two-dimensional surface. Designs need to incorporate the flexibility to accommodate the human form – something for the wrist should look like an expensive watch, rather than an expensive phone that’s been sized down and strapped on. In this market, organic LED (OLED) and ePaper displays are gaining market share because they’re thinner and lighter, with better color performance with OLED and better battery performance with ePaper.

The first products with curved displays have already come to market, and the industry is bringing out next-generation devices that feature brighter screens with stronger touch capabilities and better visibility in high ambient environments. Because these devices are thinner and lighter, more durable and resistant to water and weather, as well as more comfortable, we’ll be more likely to want to wear them.

IDTechEx foresees the market for plastic and flexible active-matrix OLED (AMOLED) displays will reach $16 billion by 2020. We’ve already begun to see clothing with embedded displays come to market, as technology has been developed to adapt itself to the rigors of fabric wear and maintenance. This will allow wearable devices to be incorporated into virtually anything that can be worn on the body: helmets, headbands, earphones/headphones, shoulder bands, chest strap/heart monitoring devices, wristbands, bracelets, watches, jackets, children’s protective garments, face masks for air quality. These are just some of the wearable products that exist today or are being designed to help improve our productivity and quality of life, and many more are on the horizon.

Healthcare could be that potential killer app for wearable devices. Some of the functions that could be performed via wearables include measuring blood pressure several times a day rather than just twice a year at your medical checkups; sensing blood glucose levels and alerting the user; monitoring your pulse, the chemical composition of your sweat and alerting you to drink water or take supplements….

Insurance companies and large employers would be delighted to get employee stats from wearable devices to fine tune their offerings. If you thought the current subsidies on gym memberships and ride to work incentives were great, there is a whole host of customized incentives on their way, paved by big data collected from wearable devices.

The IoT and security

Going forward, wearable devices will further interact with the Internet of Things (IoT), allowing us to communicate with other people and with a wide range of devices, from fitness and entertainment systems to home appliances, lighting and AC control, garage doors and electric cars.  Some of these devices may even migrate from a wristband to a ring that’s small, yet packed with electronics and can deliver unparalleled electronic assistance and support. We’ll also be looking at more immersive retail experiences, targeted messaging, and faster and more accurate transactions that will allow us to leave home without our wallets because our wearable devices will pay the restaurant or shopping bill without the checkout counters and the lines.

A key challenge to implementing some new applications, which the industry is working to address, is the issue of security. With software driving more technologies going forward, companies must pay closer attention to building in security measures that safeguard us and our information. More than any onboard functionality, security concerns will be the biggest gating factor to broad adoption and use of some of these futuristic applications for wearable devices. Efforts to design-in embedded security will drive innovation in secure connected device services, and further drive broader wearables adoption.