China has experienced a revolution in third level education since the turn of the century. By 2016, it was building the equivalent of nearly one university every week and in terms of graduate numbers, it has surpassed both Europe and the United States. Historically the U.S. dominated the world’s graduate population but in recent years, that population has shifted amid steady academic progress in Asia.

Last year, India was the global leader in university graduates (78.0 million), slightly ahead of China (77.7 million). The U.S. was in third place (67.4 million) and the gap behind the top two is widening. According to some estimates, the number of Chinese graduates aged 25 to 34 will rise 300 percent by 2030 compared to just 30 percent in the U.S. and Europe. STEM (science, technology, engineering and mathematics) has become a pretty big deal in China’s flourishing universities.

In 2013, 40 percent of Chinese graduates completed a degree in a STEM subject, more than twice the share in American third level institutions. Workers with STEM qualifications have become increasingly important to global prosperity and unsurprisingly, China is leading the way. The World Economic Forum reported that China had 4.7 million new STEM graduates in 2016 while India had 2.6 million. The United States had 568,000 recent STEM graduates in 2016. 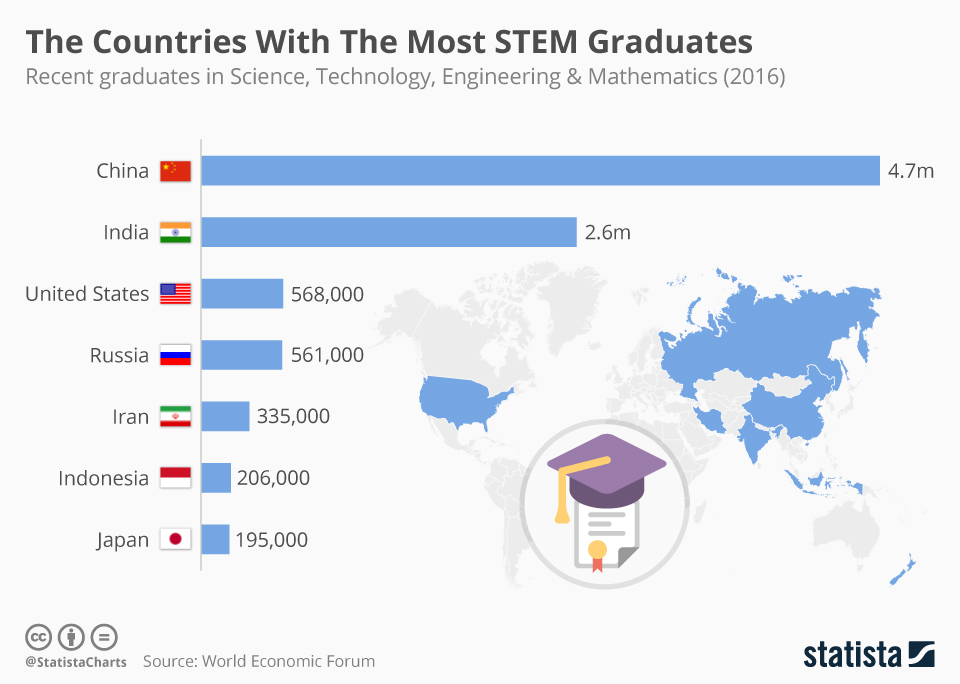